NEW DELHI: In a significant achievement, India has been recording less than 150 daily deaths continuously for the last 10 days. Only 84 deaths were reported in the last 24 hours.

As part of the COVID-19 management and response policy, there has been a sharp focus of the Central Government on not only containing the COVID related fatality, but to reduce deaths and to save lives by providing quality clinical care to the critical and severe patients of COVID.

Collaborative efforts of the Union and State/UT governments have resulted in reducing the case fatality level substantially.

The country’s active cases decline further to 1,48,609in the last 24 hours.The active cases of the country now comprise just1.37%of the total positive cases.

11,831 new confirmed cases were recorded in the last 24 hours in the country. 11,904 new recoveries were registered in the same period. 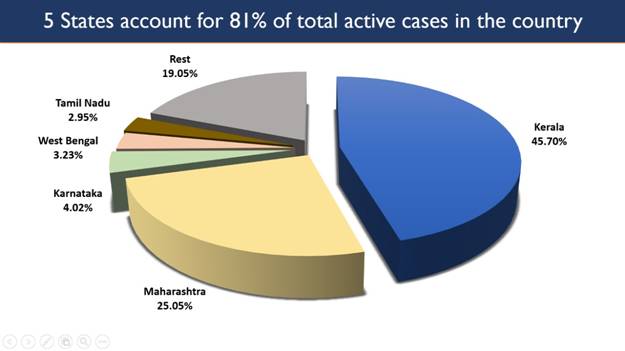 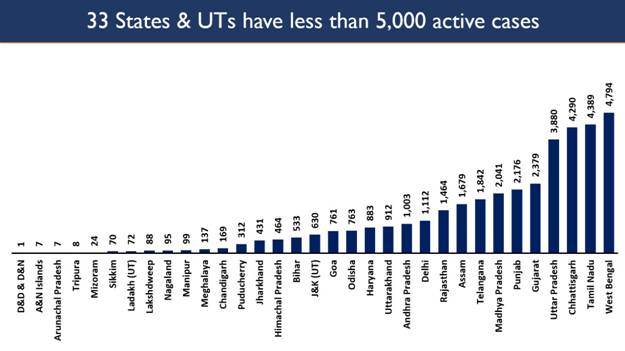 Following the national trend, States/UTs have also shown a significant decline in their active caseload.

Maharashtra has shown the maximum decline of active cases in the last month, followed by Uttar Pradesh. The number of beneficiaries being vaccinated every day is following a steady upward curve. 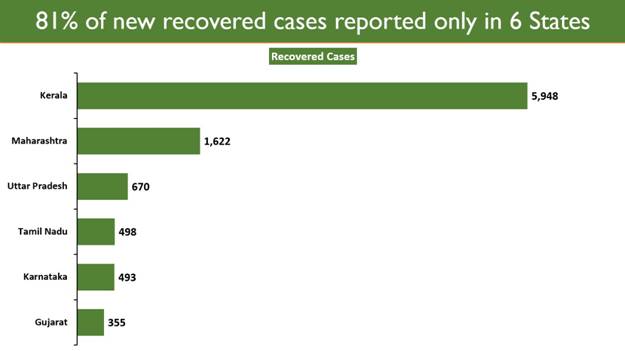 Kerala has also reportedthe highest daily new cases at6,075. It is followed by Maharashtra and Karnatakawith 2,673and 487new cases each respectively. 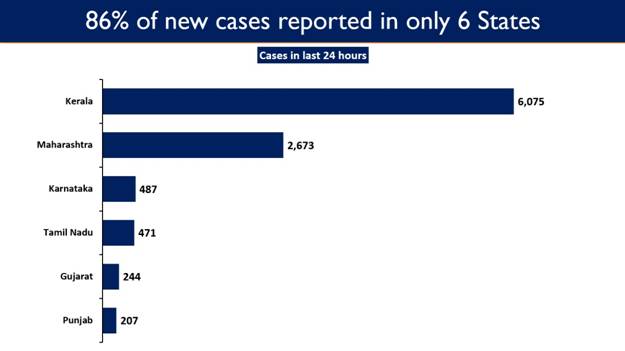 84case fatalities have been reported in the past 24 hours.Six States account for79.76%of these.

Maharashtra reported the maximum casualties with 30new fatalities. It is followed by Kerala with 19 daily deaths. 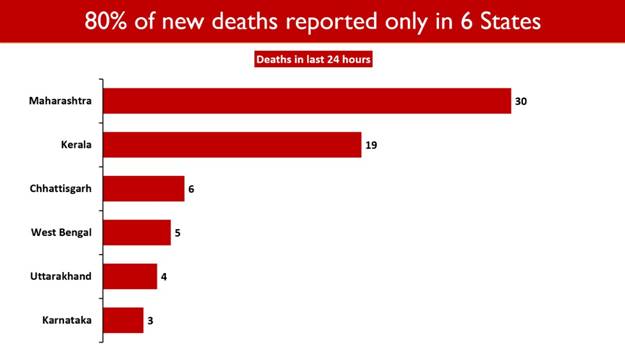