At a time while the nation feels pride in India earning global trust in the healthcare sector, which had led to the country being called the world’s pharmacy, at a time when the global human race was on threat and looking towards India with a great hope which was earnestly fulfilled by exporting more than 65 million doses of Covid-19 vaccines, the nemesis is hell-bent to harming the Indian population. While the Indian government and PM Narendra Modi are positively busy serving the global human race and fulfilling the domestic pharma needs, they must also be on high alert and keep their eyes open to misleading of Indian consumers by foreign pharma companies who have been found guilty of doing the same in other countries. More so if many of these are food supplements.

In November 2018, VSL Pharmaceuticals US, Alfasigma US, and Laediant were caught falsifying data by the US Federal Court. These companies have misrepresented some of their product VSL#3 properties, meaning that the product was never tested in humans affected by gastrointestinal diseases and was associated with false claims.

Nevertheless in India, the product continues to be promoted as probiotic food/food supplement (under the FSSAI guidelines), maintaining the same trademark VSL#3, which incidentally is a drug approved by the Drug Contoller General of India (DCGI).The Indian sister company of VSL Pharmaceuticals (both controlled by the Italian company Actial SRL) CD Pharma India lodged a police compliant, purley to harass the people behind the “original” VSL#3. To pressure the truth not to come out, those who had spent years developing the “original” VSL#3 product were accused of some financial crimes. After two years of rigorous investigation, the matter couldn’t stand the scrutiny by the Economic Offence Wing (EOW) of the police, which filed the closure of the case.

One of the falsely accused persons, Kanwaldeep Singh Chadha, a highly reputed pharmaceutical industry name, is presently chief executive of NextGen Pharma India. He was the founder of the company mentioned above and has license agreements with well-known pharmaceutical companies for probiotics designed for supportive cancer care and Covid patients.

While the Indian public remains mainly in the dark about the story of VSL#3, the battle continues. In the USA, the consumers filed a complaint (Class Action) against the manufacturers and distributors of VSL#3. The complaint asserts that the distributors of VSL#3 deliberately defrauded consumers despite knowing the formula had changed and that the new formula had never been tested to demonstrate efficacy. Notably, the litigation has been filed under the Racketeer Influenced and Corrupt Organizations (RICO), a United States federal law to prosecute the Mafia as well as for “prosecution and civil penalties for racketeering activity performed as part of an ongoing criminal enterprise.”

Against all logic and consumer protection, the VSL#3 trademark, previously used in India for a drug, has been allowed for the marketing of a VSL#3 food supplement that has safety and efficacy characteristics different from the “original” VSL#3 which was registered as a drug. The same brand name for two different products is highly confusing for doctors and patients and a health risk. All these facts seemed just stuck under the radar of The Office of the Controller General of Patents, Designs, and Trade Marks (CGPDTM). Authorities should play a more proactive role in protecting Indian consumers from the clutches of the global nexus of pharma and drug mafias. The onus lies on the government to tighten the noose of such global nexus and nab wolves in sheep’s clothing. 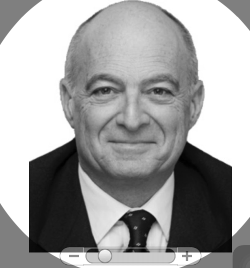 The FIR in this case was registered at Safdarjung Police Station and was later transferred to Economic Offense Wing (EOW). The concerned officer at the EOW says on condition of not being quoted that the EOW investigated it thoroughly and found no such evidence against Kanwaldeep Singh Chadha and a Swiss national Claudio De Simone. Subsequently after the order of Delhi High Court, another investigation was done under the supervision of special CP and clarification was provided on all the issues which were sought by the court along with closure report submitted in Saket court, New Delhi.

DCGI approves indigenous mRNA Covid jab for emergency use in 18 years & above; Covovax for 7-11 years