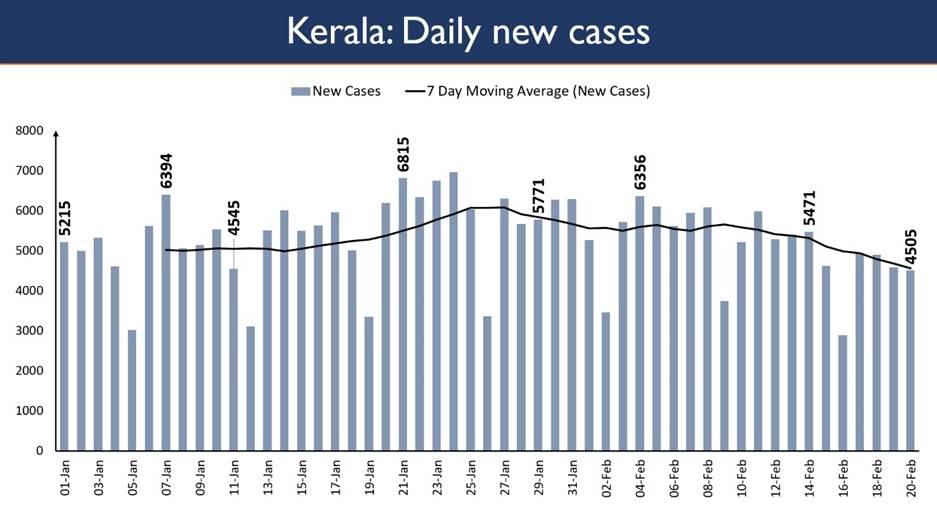 In last 7 days, Chhattisgarh has also seen a rise in daily active new cases. In last 24 hours, 259 daily new cases have been reported. 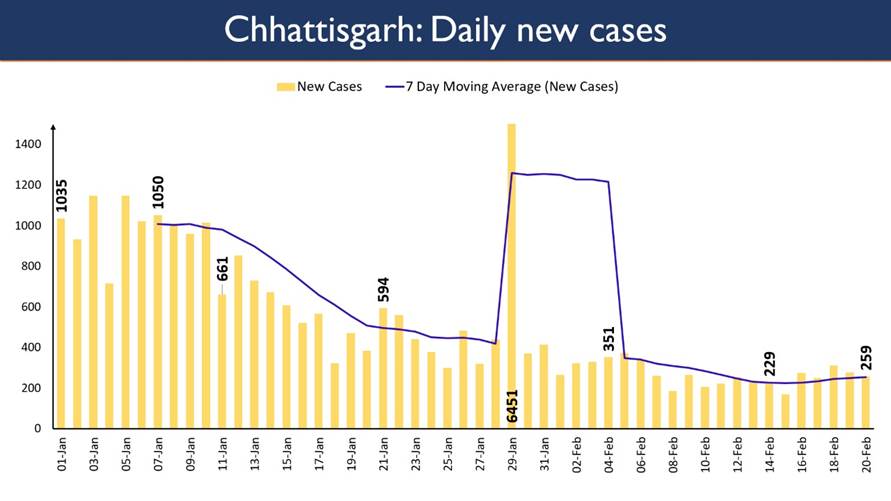 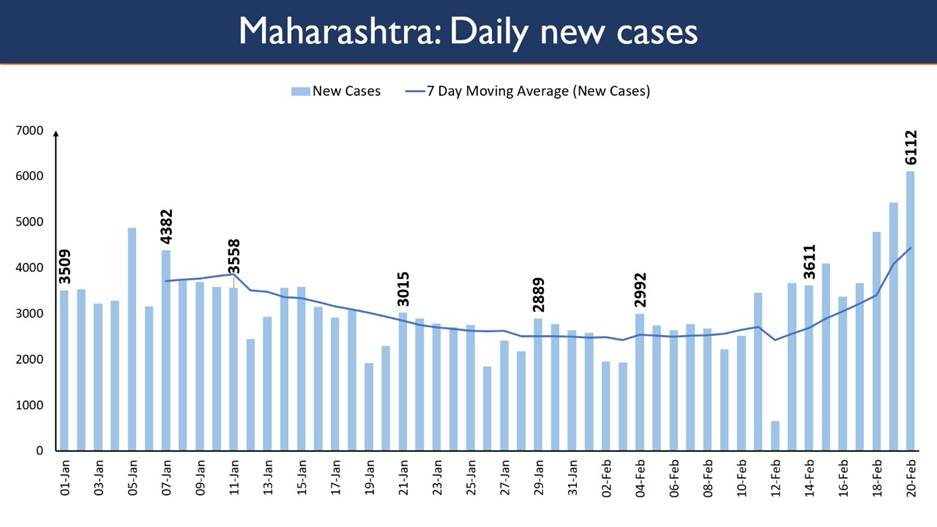 Since, 13th Feb 2021, Madhya Pradesh is also witnessing a rise in number of daily new cases. In last 24 hours, 297 daily new cases have been registered in the state. The importance of adherence of COVID appropriate behavior is strongly reiterated for breaking the chain of transmission of the virus and containment of spread of the disease.

However, with the better healthcare infrastructure facilities and Test-Track-Treat method, more than 21 crore (21,02,61,480) tests have been conducted in the country. The cumulative national Positivity Rate has seen a consistent decline in last thirteen days. It presently stands at 5.22%. The 2nd dose of COVID19 vaccination started on 13th February, 2021 for those beneficiaries who have completed 28 days after receipt of the 1st dose. Vaccination of the FLWs started on 2nd Feb 2021. 80.51% of the new recovered cases are observed to be concentrated in 6 States.

Kerala has reported the maximum number of single day recoveries with 4,854 newly recovered cases. 2,159 people recovered in Maharashtra in the past 24 hours followed by 467 in Tamil Nadu. 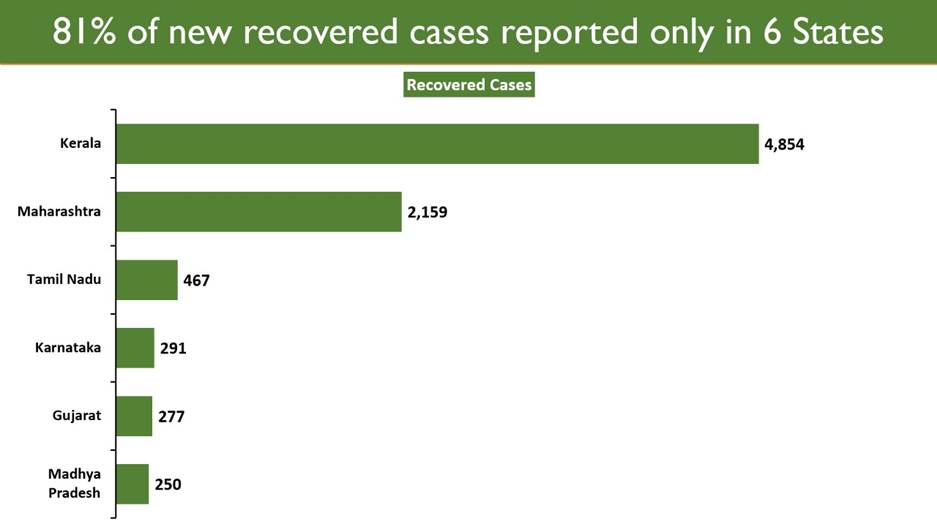 Maharashtra continues to report the highest daily new cases at 6,112. It is followed by Kerala with 4,505 while Tamil Nadu reported 448 new cases. Only two states – Maharashtra and Kerala account for 75.87% of total active cases. 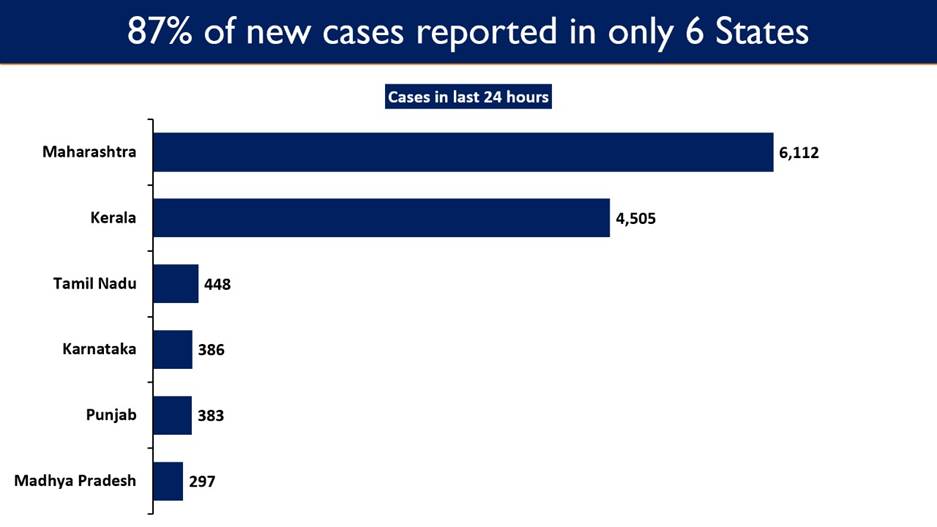 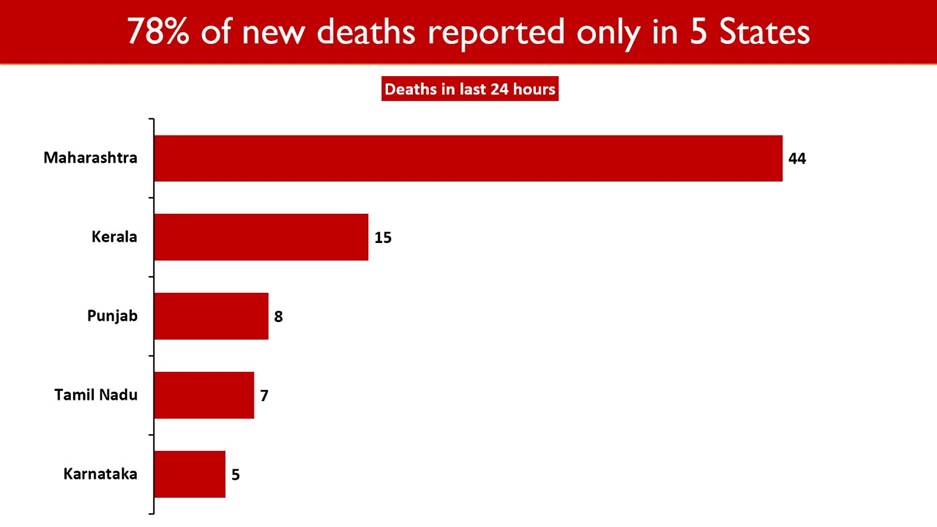 DCGI approves indigenous mRNA Covid jab for emergency use in 18 years & above; Covovax for 7-11 years